The Beautiful Monuments Making Jaipur a Hot Spot of Tourism

1. Hawa Mahal : is a palace in Jaipur, India, so named because it was essentially a high screen wall built so the women of the royal household could observe street festivals while unseen from the outside.

2. Amer Fort : Located high on a hill, it is the principal tourist attraction in the Jaipur area.
Known for its artistic Hindu style elements. With its large ramparts and series of gates and cobbled paths to the Royalty of the times.

3. Albert Hall Museum : is a museum in Jaipur. It is the oldest museum of the state and functions as the State museum of Rajasthan. The building is situated in Ram Niwas Garden outside the city wall opposite New gate and is a fine example of Indo-Saracenic architecture.

4. Nahargarh Fort : The fort was originally named Sudarshangarh, but it became known as Nahargarh, which means ‘abode of tigers’. The popular belief is that Nahar here stands for Nahar Singh Bhomia,[1] whose spirit haunted the place and obstructed construction of the fort.

5. Birla Mandir : the Temple At the foot of Moti Dungri fort is the Birla Temple. This temple forms one of the major attractions of Jaipur. Birla Temple of Jaipur looks stunning, when it is brightly lit in the night. The enormous temple was built during the year 1988.

Tourism has been a reason for Jaipur Realty Sector Grow

The Jaipur is a great city to settle with a lot of tourist spots making the city’s Realty Sector achieve great height.The Capital of Rajasthan offers best Properties to buy from affordable to luxurious flats one can find every possible homes in the best prices. Luxurious Flats in Jaipur 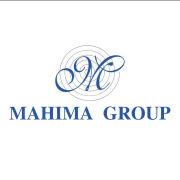 Effective Ways To Check The Construction Quality Of Your Home

Reasons for Investing in Property near Mahindra SEZ

Benefits of Living near Your Workplace

Reasons for Investing in Property near Mahindra SEZ
4 weeks ago

Reasons for Investing in Property near Mahindra SEZ

A Comprehensive User Guide on How to Keep Building Clean
August 11, 2020

A Comprehensive User Guide on How to Keep Building Clean